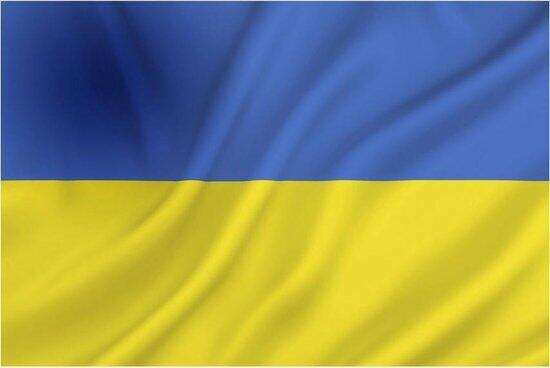 On the 3th of March VERS spoke to four Ukrainian students about the war, their thoughts and feelings and possible means to help out, even if you live in Groningen. We asked Liza, Valeria, Sofie & Maria three questions in our interview with them. All these girls are living in Groningen but are born in Ukraine.

“I feel completely devastated and scared. Its complete chaos in the lives of Ukrainian people all over the world. We face uncertainty and we can only hope that our loved ones survive. I just wish all of this comes to an end. To remain silent now is equal to supporting this war. At the protest I went to, in Brussels, some of my friends from Moscow were also there to support me. I was so happy that many people came to support us. That there are also many people against what is going on. I think the Russian hatred is mainly directed to the government of Russia, and should not so much be directed to civilians. But ordinary Russians can also protest and speak up against this war. Because if the country rebels on the inside, the power from bottom up will implode. I’m convinced Russian people have the means to stop this war.”

“The whole world has to wake up; you cannot stay indifferent anymore. Ukraine cannot win this fight when we don’t have other countries who speak up. We need more measures to stop this. Such as closing the airspace (NATO). This has to happen as soon as possible. After all, we cannot defend ourselves from the air. When missiles strike, and innocent Ukrainians die, we cannot do anything to prevent it or fight back. But it seems like it isn’t seen as urgent enough. I spoke to a Dutch woman at the protest in The Hague, and as I was talking to her, she mentioned that it’s not in the Dutch culture to demonstrate and protest. So what can be done is that people do not remain silent: they should speak up about this war. Spread the truth around the world, come join the protest, speak out loud. There are many ways to help ordinary people and the military. There are donation links, information links, and humanitarian aid. The most important thing is to drop silence, and drop indifference. We have to stand up all together.”

“I just want to add why it might seem so far away for Dutch people. When I wake up I see people on the street, enjoying the sun, walking their dogs, taking their children from school, or getting a croissant. But people have to realise that they can also wake up in horror. They can also wake up in a country that is at war tomorrow. You can wake up trying to call with your crying mother, but you cannot get lost in your emotions. You have to be strong for them” 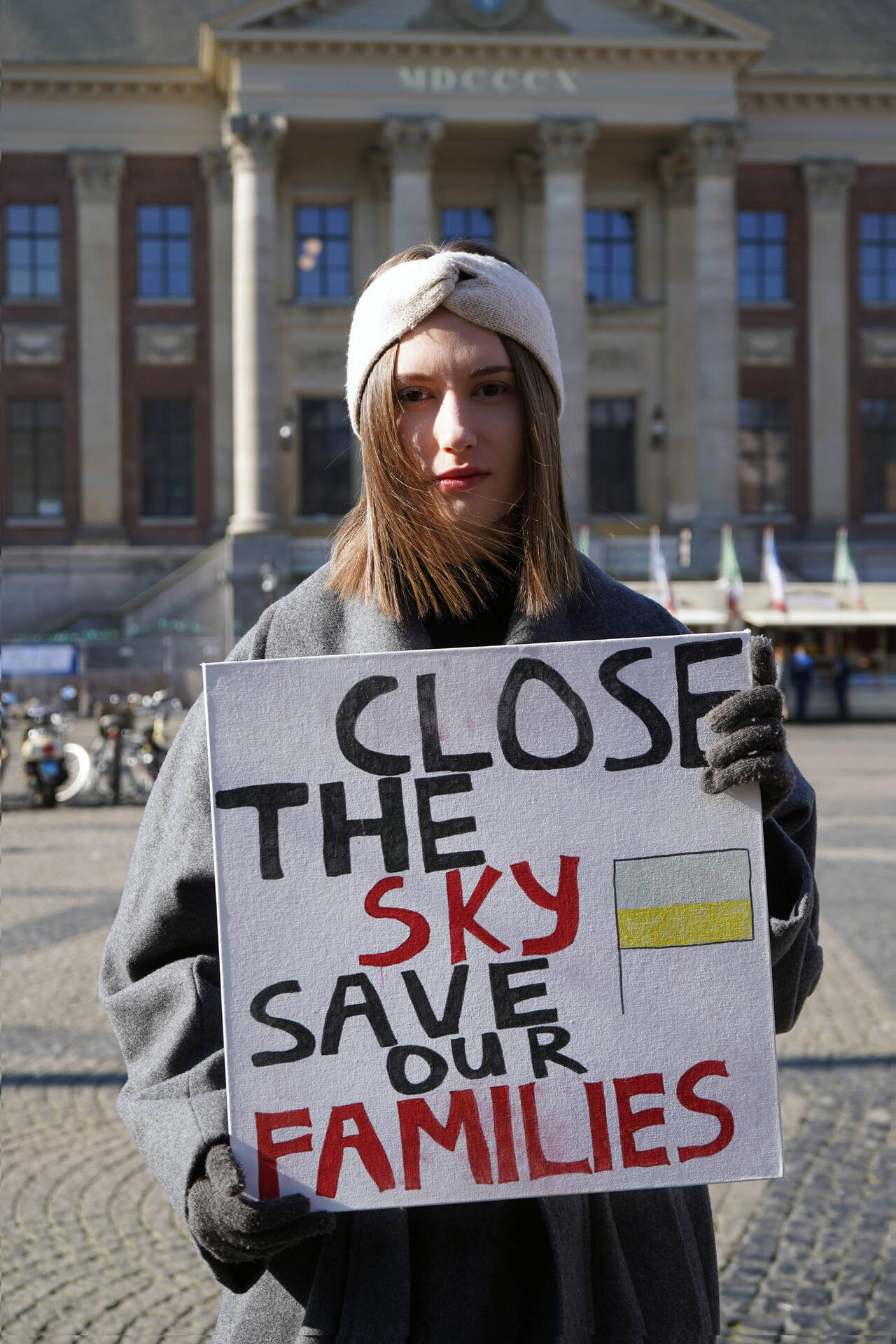 “I am scared. I think it’s a chapter from another life, in which we don’t know what to expect. Personally, I am very scared for the lives of my family, because they’re really close to military action. My family members can be drafted for the army at any moment.”

“I think people should think critically right now, to understand what is happening. Especially people from Russia. Russia itself is highly offended because of all the sanctions put in place by other countries. But they have to understand that it’s not our fault. After all, it is also in Russia’s hands to remove Putin from power, like the Ukrainian people did themselves in 2014. We protested for change. And we should not believe everything the government is saying. Of course not every government is lying. But still: keep cool and do not believe everything that is translated from the Russian news. Their government is still saying that there is a ‘military operation’, which does not have any dead Russian soldiers. I have seen horrible videos where people are dead all over the place and people have dismembered limbs. These kinds of things are horrible.”

“Speaking from my perspective, I actually started a charity today. Me and my friend will be printing Tshirts with the phrase ‘Russian Warship, Go Fuck yourself’. They will be around 15 euros and all proceedings will be put into the army or necessary organizations. Today we are actually going to a place to print them. Everything that we have spent on this is from our own savings. And to anyone who knows Ukrainian people: please show us that you care. Get involved. Ask whether we need some help and don’t stay away from people who are currently in real trouble. And if you can offer anything, please do.” 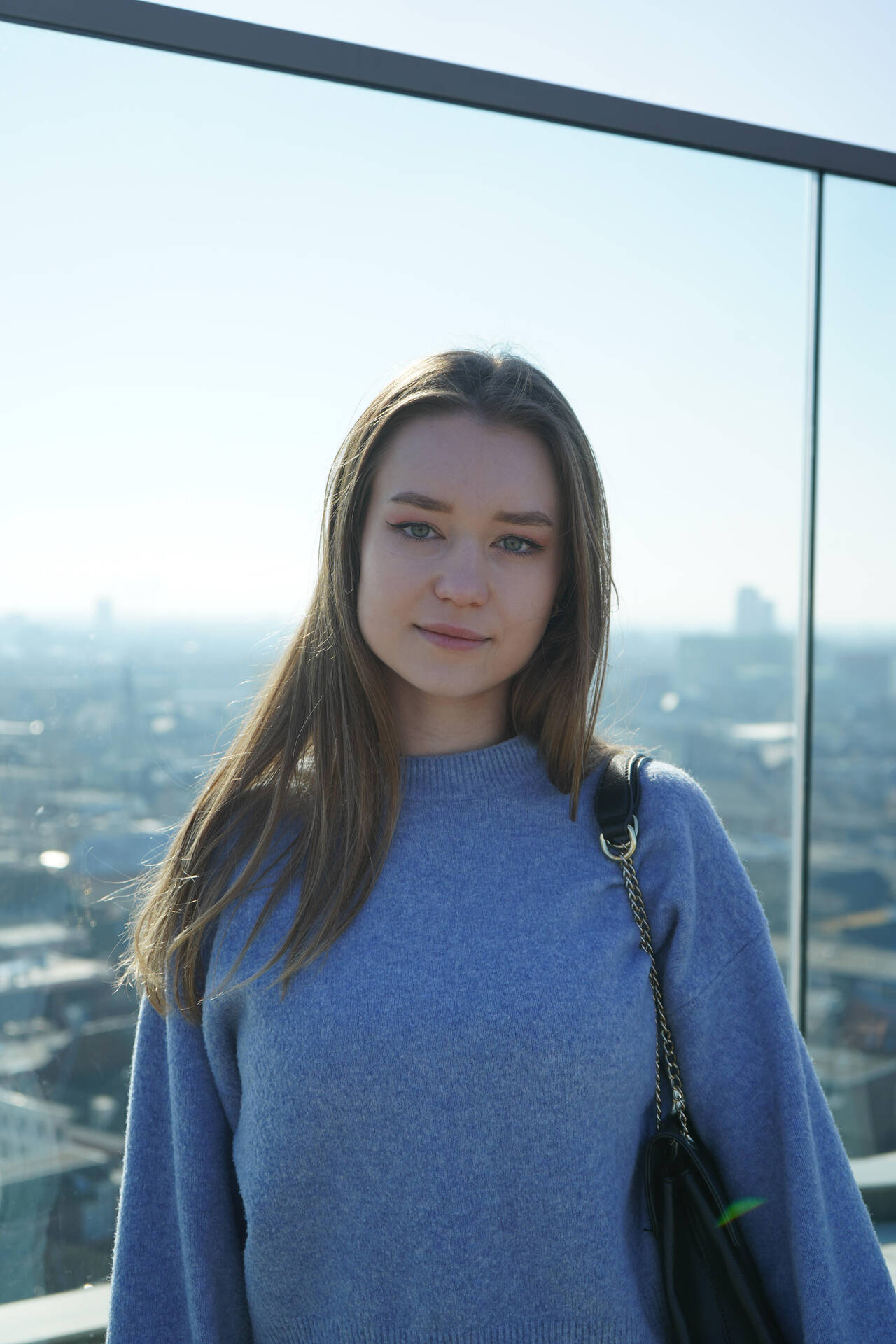 “I feel pain and despair. For the first time in my life, I can't find peace. I fall asleep and wake up thinking about the situation in Ukraine, are my friends alive, are my parents okay?”

“I want to say thank you to every citizen of Groningen, your help to Ukraine is very necessary and important right now! Ukrainians are forced to flee their own country, small kids say goodbye to their dads. Those who cannot or did not have time to escape hide in basements, in the subway, in bomb shelters. (…) Call your family more often, spend time with them. Life is very unpredictable.” 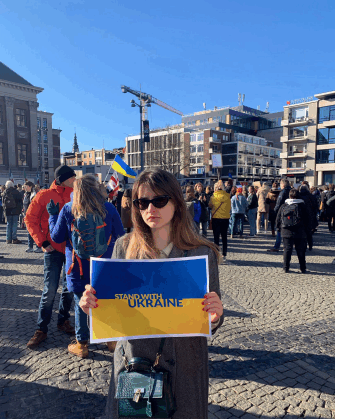 “I don’t know how to say how I feel. I think it’s really empty. The idea that I can’t return to my homeland, that everything is ruined. My own home is still standing, but it is very dangerous over there. It’s so sad for all the people in Ukraine. I’m also very worried about my family. Luckily managed to escape the city. They grabbed their last chance and are underway to their friends. Last night they slept in their car, for the first time without hearing the sounds of rockets and attacks”.

“I would like to tell everybody what’s really going on right now. On February the 24th Russia attacked large cities of Ukraine. Russia’s president claims it is a peacekeeping mission. But Ukrainian people didn’t ask for Putin’s kind of ‘peace’. We were free and happy people. It has been one week since the war started. Our beautiful, peaceful Ukraine is a sad, destroyed country now. In which people don’t live, but survive. The Russians are shooting at schools, residential areas, hospitals, maternity hospitals and our beautiful cities. The Ukraine soldiers are fighting so hard to keep our country free from Russia. The whole world really needs to see how terrible this war is. How many innocent people are killed. It is genocide of the Ukrainian people. This violates any law of war!”

“Distribute as much information as possible. Tell people what’s going on in Ukraine. There is a war going on, and you can blame Putin 100% for it. Ukraine needs to stay Ukraine. It must not fall into the hands of Putin. This man must be stopped, and he will be. But the whole world needs to see the truth first. A lot of people lost their job, their income, the food is running out, and other peoples houses are destroyed. All help is welcome, even if it's just a small thing. 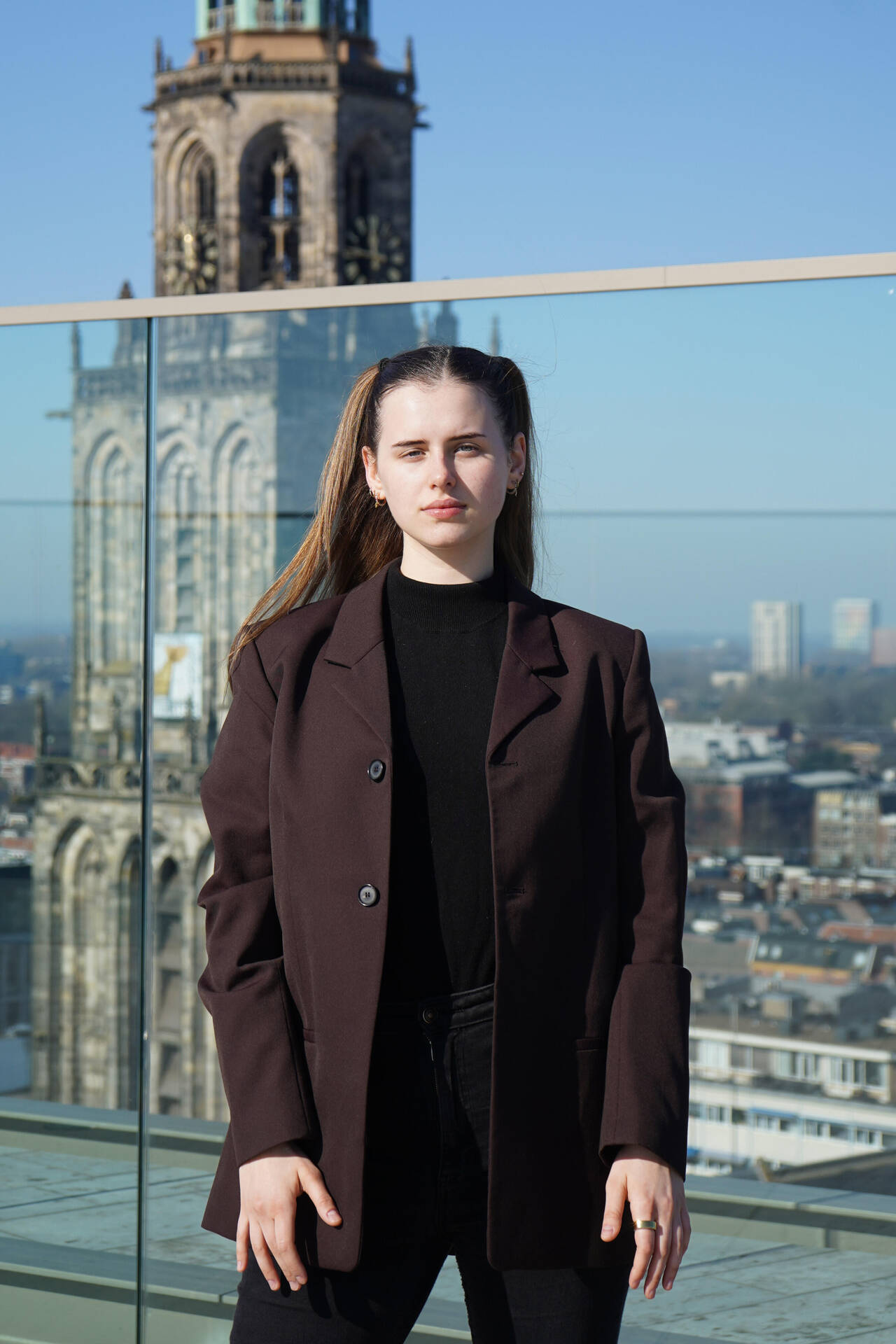